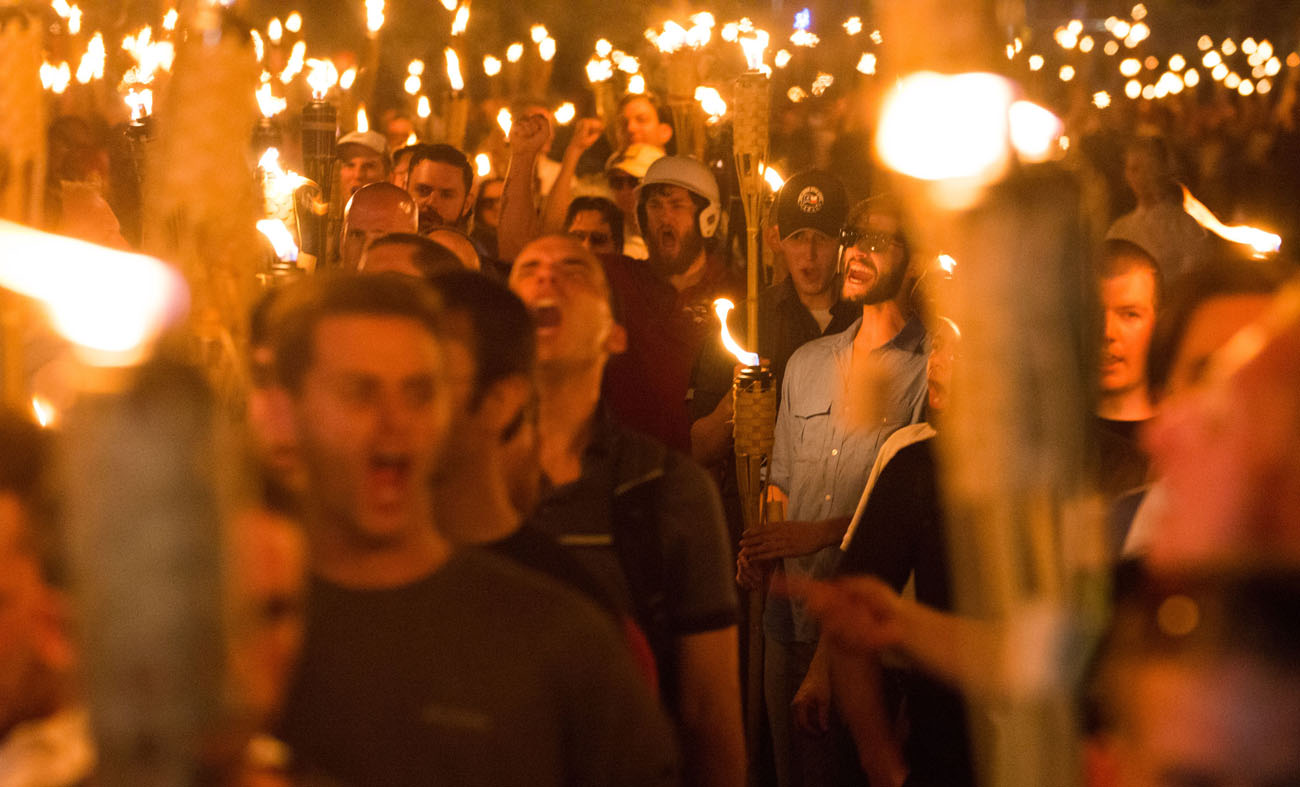 When The Nazis Marched In Charlottesville…

As a son of Holocaust Survivors, my early reaction to being Jewish was to downplay my heritage. It wasn’t ‘shame’ that stayed me from a cultural embrace – it was a childhood fear that the horror stories my mother told us could somehow play out again. That the terror of those experiences could reset and repeat in my own life, like the automatic arm of a record player, dropping the needle in an infinite loop. I had terrible nightmares imagining what horrors my mother went though when she was a slave in Dachau having lost most of her family members to the Nazis reign of terror.

As I grew older that fear was replaced with pride. As a young man, I began to recognize that the legacy I was given was a birthright, an honor – a responsibility. It was part of my story and I was obligated to carry it forward. It’s no surprise then that as this new global, sociopolitical climate has pushed White Nationalists and Neo-Nazism back into ticker tapes and evening news, a childlike sense of vulnerability began to stir up inside me once again. Unexpectedly, mere moments after the horrifying “Unite the Right” events in Charlottesville in 2017, my family received an email from a German journalist named Karla Schönebeck, who was researching a project about the fall of the Third Reich and had stumbled upon an obscure book, Symphony on Fire written by my cousin, Sonia Beker. Her book documents our family’s history before and after the Holocaust, painstakingly recreating the lives of our loved ones by piecing together stories, documents, and memories she had assembled from survivors scattered across the globe. Survivors who knew our relatives and shaped her novel into a more compelling picture of life before, during and after the war.

As strange occurrences go, coincidentally, Sonia received a message from her friend in Israel that he discovered a piece of music had been found. A song that my late uncle, Wolf Durmashkin (a renowned composer and conductor) had written while in captivity. An anthem against unspeakable Nazi cruelty, it was a song of resistance that Wolf had used to unite his fellow prisoners. As I write this, I am still in awe of how this one blind email unlocked a musical legacy that has taken me on a journey I could have never predicted – a path that explores the power of music and its universal, timeless ability to heal.